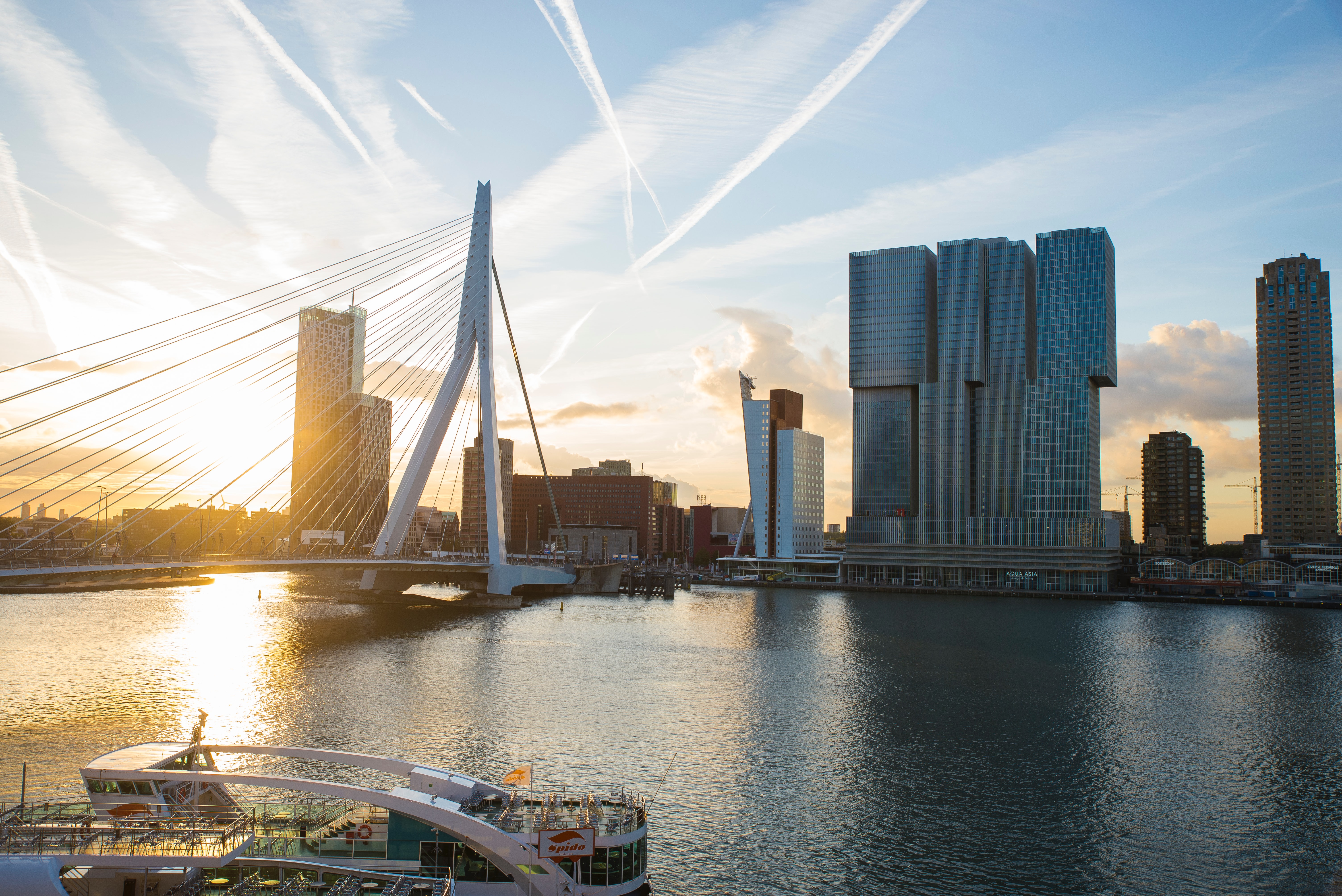 After 40 years in the ship supply industry, some thoughts and gratitude

People often wonder how I learned all this "customs stuff" about ship supplies. This year, 2022, represents my 40th year working in ship supply, supporting and strengthening the Dutch and European Maritime Sector, making it more competitive and fascinating, every day, step by step, supply by supply. I became Chair of the OCEAN Working Group on Customs in the early 2000s and served in that capacity for more than a decade, during which time I collaborated with some of the industry's most seasoned authorities. In my day-to-day work, I troubleshoot problems for customers and resolve intricate customs obstacles to get our wares onto a ship on schedule. Here is my story in ship supply.

Born and bred for a career in ship supply

My first exposure to the world of ship supply came when I was only a few weeks old, and I've been active in’s handling it ever since. Seafaring and ships have always piqued my interest. My childhood was spent on the Dutch shore, where I spent many hours playing with toy ships in a sandbox and watching the ships pass by.

My father, P.C. de Haas, was the general director of the firm that made the "Klevenberg" trucks that I played with when I was three. Today, Wrist-Klevenberg is located in one of the world's largest and most technologically advanced ports and has everything a modern vessel may need. Wrist-Klevenberg is pleased to be an active participant in the OCEAN-affiliated Nederlandse vereniging van scheepsleveranciers (NVVS).

I started working for the firm right after I finished my final school exams. In ship supply, I rapidly realized that our strength lies in the synergy of our team members. More and more vessels have made Dutch harbors their home throughout time, bringing with them new demands and difficulties. Containerized marine transport gained prominence due to the growing need to store and carry a greater number of goods. I rapidly learned that not only did we get numerous orders from ships in Dutch ports, but that we and other Dutch ship suppliers were in such a strong competitive position and so well strategically positioned that we were routinely commissioned to service ships parked in foreign harbors as well. This is because the Netherlands offers both lower prices and a wider variety of high-quality goods and services. This meant learning about the EU and the national laws of other nations, too.

The changing nature of ship supply

Over time, changes happened that resulted in container emptying being more commonplace than the offloading of bulk and general cargo. This modified how and how much we had to supply ships. With the port's growth, the typical stay for ships has shrunk to a couple of hours, and the time it takes for a truck to travel alongside a ship has increased from a quarter of an hour to more than an hour. At the same time, Rotterdam Harbor has been expanded with the construction of the new Maasvlakte 2 port and related infrastructure. You may not believe it, but today, Rotterdam's Maasvlakte 2 is farther out from the city center than Antwerp's port is currently. Because of this, I had to revise our customs policies and practices to reflect the changing circumstances. During my tenure in ship supply, I saw continuous innovation and development. It was fantastic.

More and more North Sea ports have seen this growth. A tidal wave of expansion in cargo, company operations, and government control responsibilities was precipitated by developments in ship unloading and loading technology, ship technology, and IT breakthroughs within the corporate community and governments.

With time and education, I became knowledgeable in ship supplies and eventually joined the NVVS.

The NVVS is a trade association with an emphasis on enhancing the Dutch ship supply sector. Approximately one hundred different businesses are represented in the NVVS. The list of involved businesses includes the obvious—ship suppliers and secondary suppliers—but also those offering legal, financial, and other advisory services.

After working in various capacities for Wrist-Klevenberg and NVVS, I saw that our efforts helped not just our members but everyone in the marine industry in the Netherlands.

Soon, I had been recruited to help write the commentary on the new Dutch customs law as part of the NVVS's customs working group and there was more for me to learn: "Peter, don't forget: legal changes could take place on a local, national, or even global scale," and was promptly tasked with researching the enactment of legislation in Europe and the impact for Dutch ship supply. So, I took a trip to Brussels, the heart of EU law-making. Since then, I have been working closely with the European Ship Suppliers Organisation (OCEAN). Thanks to a fortuitous turn of circumstances, I was promoted to chair the OCEAN Working Group on Customs, working on the creation and early implementation of customs regulations. Thanks to NVVS and OCEAN, I was able to go to Brussels, where I met with EU Decision Makers to discuss the Union Customs Code and see the development of DG TAXUD's "EU Ship Supply Guidance." I now appreciate the significance of these organizations in leveling the playing field for businesses throughout Europe and fostering an efficient work environment for all in EU ship supply. After this, whenever I was asked by organizations, my standard response to the question of whether or not to join these trade groups has been an enthusiastic "Oh YES, don't wait!"

A special place in my heart: Rotterdam and the Dutch harbors

With their efficient cooperation, Dutch seaports have earned a global reputation as top distribution centers. I have spent the last 40 years diligently pursuing this objective. For me, it is more than business. To this day, I still remember how much fun it was to ride my bike down the quay at Rotterdam's harbor when I was a kid. Hours passed while I watched larger and bigger ships go up and down the Maas to and from the North Sea.

And the rest, as they say, is history; the firm I've worked with for over 60 years (thanks to my childhood employment there) will be celebrating its 40th anniversary in October 2022.

I appreciate OCEAN for the chance to share my perspective on working in the marine supply business via this article. It's a dynamic, thrilling, and financially rewarding field where no two days are the same. Long hours are to be expected, but if you like a challenge and thrive on forward momentum, then a career in ship supply might be just up your alley as the EU marine sector continues to develop. It was so beneficial that even after 40 years, I have the same enthusiasm I had on Day 1.

Wrist-Klevenberg, the NVVS, and OCEAN under their respective leaderships have made this period of my life very engaging and fruitful. For the rest of my life, I will always remain a ship supplier at heart.