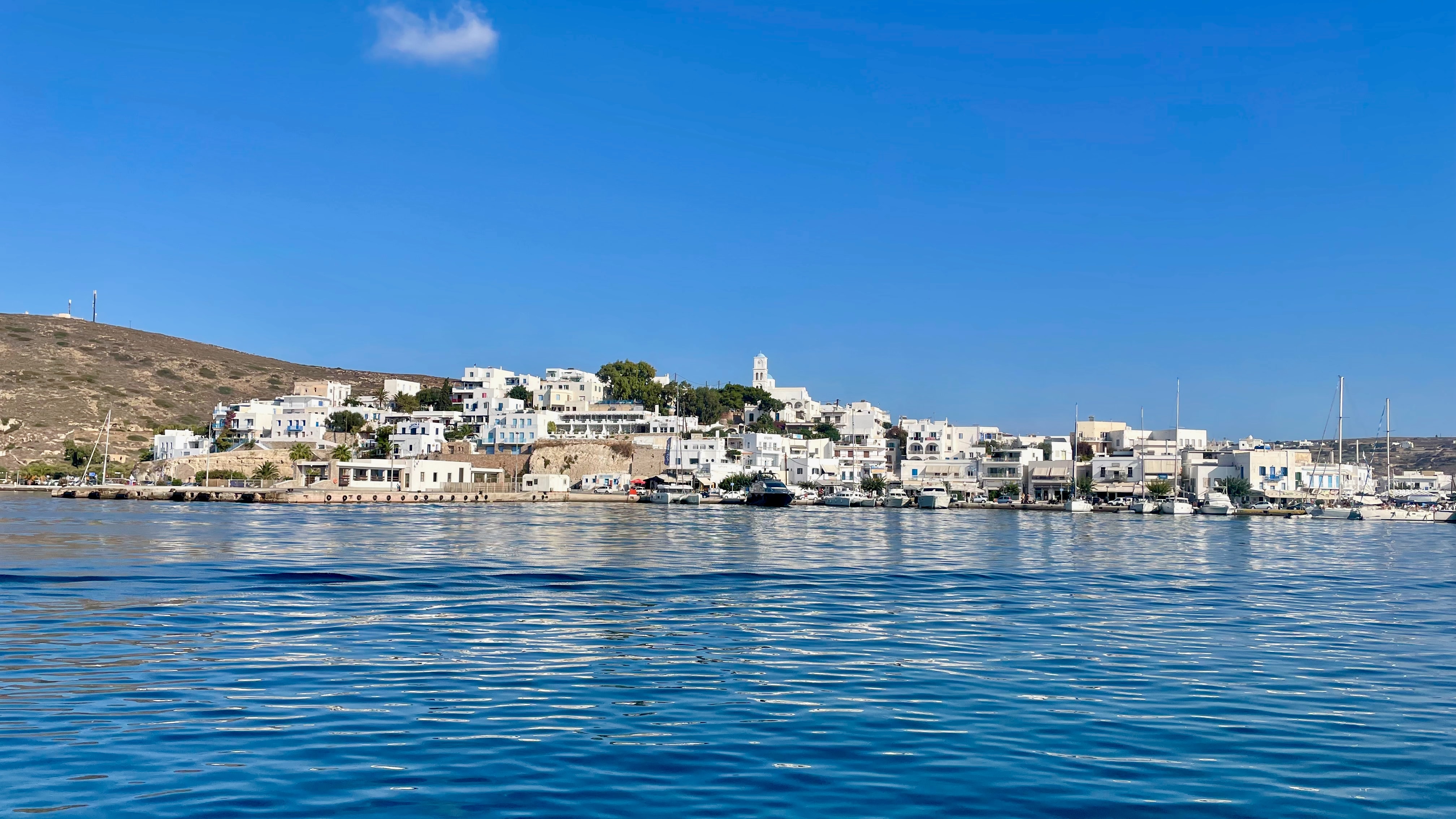 Ship supply in the Mediterranean Sea

The Mediterranean Sea is one of the most important seas in the world, both for its economic and geopolitical importance. It is a sea that has been crossed by numerous civilizations throughout history, and even today it represents a point of passage for many people who are seeking a better life in Europe.

I see the Mediterranean Sea consisting of 2 parts:

The East Mediterranean Sea, where the Panhellenic ship suppliers and exporters association  is situated, for us is of the most significant waterways in the globe, connecting several major landmasses in Europe.

Since time immemorial, the Mediterranean Sea has been an essential source of food. It has fostered the growth of several civilizations, but also served as a battlefield for ages. Whatever happened in the Mediterranean, ship supply was always present. We are proud to serve the vessels calling our ports.

Ports in the Mediterranean Sea

In the Mediterranean, there are numerous ports that allow ships to approach in order to carry out their transport activities (disembarkation and embarkation of goods and people), as well as to be supplied with the necessary supplies for movement (fuel, lubricants), for operation (anchors, ropes, etc.) and for maintenance of the ship in good condition (paints and various other materials), as well as for the welfare of the people who work or are served on the ship (crew, passengers, etc. ).

Some of these ports are owned by European Union member states, while others belong to third parties on the European, African, and Asian coastlines. The ports in the Mediterranean Sea are located in a number of countries, such as Algeria, France, Malta, Tunisia, Italy, and Spain. The ports can be divided into two main categories:

We, Europe’s ship suppliers, can serve them all.

The first category includes ports such as Marseille (France), Genoa (Italy), Tunis (Tunisia), Alexandria (Egypt) and Algiers (Algeria). They are all accessible from other parts of Europe via the sea, and their main purpose is to serve vessels that come from these parts of Europe. These ports have a good infrastructure suitable for handling large ships, and they usually have more than one pier to allow simultaneous loading and unloading operations.

The second category includes ports such as Piraeus (Greece), Venice (Italy), Barcelona (Spain) and Valencia (Spain). They are not directly accessible from other parts of Europe via the sea but they have access to other parts of Europe via inland waterways such as rivers or canals. Their main purpose is to serve vessels that come from these inland waterways or even from overseas countries.

The main ports in the European Union are:

The main ports of the Mediterranean Sea belonging to third countries are:

I think SSS is part of the solution for some of our key challenges in the transportation world today. Major benefits include reduced congestion, reduced air pollution, and total cost savings for the shipper and the government. Shipping goods by ship (one vessel is comparable to between 100–200 vehicles) is significantly more efficient and cost-effective than road transport (albeit items must be moved and delivered by truck if going inland) and is far less prone to theft and damage.

Short-sea shipping accounts for over 40% of all freight handled in Europe. It encompasses point-to-point freight transfers on inland canals as well as inland to ocean ports for transportation across seas as well as services to and from islands, rivers, and lakes. You can imagine how important this is for our members, with Greece being, partly, an island nation.  Today, SSS connects freight and passengers between ports in Europe or ports in non-European nations and represents great opportunities for ship supply. The Hellenic Shortsea Shipowners Association talks on matters SSS and we are delighted to work with them.

Ship supplies play an important role in SSS. Our supplies are accessible at extremely cheap rates and may compete well with ship supplies offered in European Union ports.

Restrictions to ship supply in the Mediterranean

Many European Union Member States have implemented limitations on ship supply, either by eliminating duty and tax exemptions for certain ships, prohibiting exemptions for specific commodities, or imposing restrictions on the exemption system.

Consider the exemption limits for supplies for certain kinds of ships. My own nation ought to be mentioned here. Despite the fact that EU law clearly creates the potential of exemption for warships heading for a port outside the Member State, Greece does not exempt products supplied to foreign vessels that do not belong to NATO states from customs duty, taxes, and VAT. Furthermore, there is no exemption in Greece for items delivered to professional tourist ships that go throughout the Aegean islands and end up in Turkish ports. Finally, there is no exception in Greece for commodities delivered to anybody other than the shipowner (exploiters of restaurants and bar of the vessel). I out it to you as a valuable reader, is this correct?

Limitations on the kind or quantity of selected suppliers + red tape

There is a very low allowance for on-board consumption of cigarettes and alcoholic drinks in Spain due to Excise Duty and VAT restrictions. It will have an effect on sailors, who work so hard on ships. Or take Italy, in order to sail offshore in Italian waters, shipowners must have a certificate valid only in Italy issued to them. No other EU member states have such a mandate. Fair?

As a result of the aforementioned issues, shipowners are increasingly restocking their vessels from ports in nations outside the Mediterranean basin, cutting into the profits of European Union-based ship supply companies. If Europe is going to be competitive on the world stage, we think the EU Commission should prioritize ship supply as a European economic activity. Perhaps OCEAN might provide a hand by advocating, at the EU Commission level, for a more uniform implementation of Article 148 of Council Directive 2006/112 / EC.

EU and national legislators of ship supply and port issues must recognize the importance of its ship supply sector and remove burdens from it. The lack of recognition of ship supply as an economic activity has not helped the EU-based companies to be efficient and reach their full potential. If the EU Commission and national authorities were to take more seriously the needs of ship supply companies, I think it could better shape and address the challenges that have arisen with increasing globalization of maritime commerce.

President of the Panhellenic Ship Supplies and Exporters Association