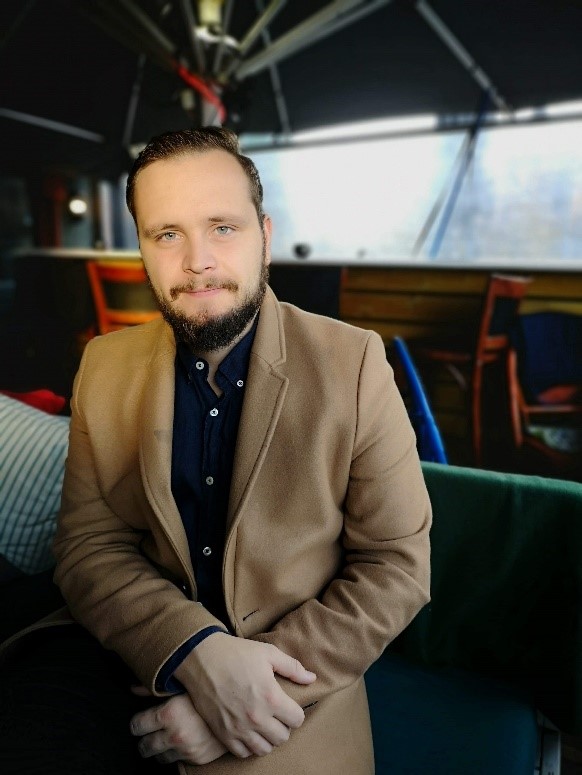 Carl Forsman, Chairman of the Board, Swedish Association of Ship Suppliers

Every trade association has to evolve, and OCEAN is no different. As we approach our 50th anniversary in 2026, we need to reflect on how we serve our members and defend our interest in a much different geopolitical situation than before. Different times need different answers.

Looking back on the past three years, one could say that "uncertainty" has been the defining characteristic of our time. What is given one day becomes irrelevant the next. We are all of the opinion that our capacity for foresight has been eliminated. It is vital, in my opinion, that we overcome this emotion and do what we can to better, as the future will arrive in some form or another.

The question for us, the European ship supply community, is what we hope to accomplish over the next decade. How can we update our organisations, philosophies, purposes, and objectives?

How does modernization differ from development and progress?

Insinuating that something must be modernised implies that, in its current form, it is behind its social and economic surroundings and contemporaries.

Organizational modernization cannot be reduced to a series of incremental improvements. It requires long-term action, the outcome of which must be substantial changes in philosophy, process, and function. Obviously, the same would be true for an industry consisting of thousands of businesses. To begin the modernization process, we must first identify the destination, or what will become "modern." How can our community's values, vision, and direction be aligned with our destination?

In my opinion, we advance by concentrating on three main areas: environmental initiatives, diversity, and digitization. To ensure that our focus is accurate, I will describe and evaluate the ideas' feeling of importance, relevance, and ethics. Keep in mind that I am not asking that we implement steps to replace OCEAN's current efforts. Rather, what I propose in this essay are topics that, in my opinion, merit our attention in addition to OCEAN's current efforts.

The fight against climate change permeates nearly all aspects of our society. European nations, companies, and individuals may hold differing views on the severity and appropriate response to the threat, but the scientific consensus is that we must respond forcefully and with a proactive approach.

Ship suppliers supply a variety of services to the maritime industry, which is a significant source of pollution and is consequently under immense pressure to address this issue. In light of this, it is gratifying to see that shipowners around the globe take the subject seriously. They have realised that in order to survive, they must be inventive and transform their entire sector.

In addition to being the greatest threat to our way of life and the primary focus of our clientele, OCEAN must be aware that our most common competitor, the European Union, will include environmental consciousness when interacting with organisations that want aid and make demands.

The EU wants to reduce greenhouse gas emissions by at least 55 percent by 2030, and by 2050, Europe intends to become the first climate-neutral continent in the world. To remain relevant as an organisation fighting for the interests of a European industry, we must follow their example.

I cannot explicitly describe what environmental activities within the European ship supply business might entail. I am certain, though, that our clients would expect us to offer solutions before they request them.

The European ship supply community must be a partner, not an impediment, on the path to a more ecologically sustainable maritime economy.

The maritime industry, including land-based service providers, is dominated by a uniform labour and organisational structure. I refuse to think that the explanation is hatred toward others or exclusion of those who are different from the group, because I have spent a decade in this profession and have never encountered a circumstance even somewhat resembling such conduct.

In spite of this, I believe that more may be done to actively diversify the individuals who comprise our industry, particularly in terms of the ratio of males to women in leadership roles inside our organisations. I am not calling for the imposition of restrictions on this topic; rather, I believe it is up to each organisation to decide how they choose to handle it.

However, I am quite supportive of actions that will make our industry more welcoming to women. Many of us will leave our posts between now and 2030 if we use OCEAN as an example, and by actively pushing women to join, we could demonstrate to our surrounds that ship supply is for everyone.

This is significant for multiple reasons.

First and foremost, we lack the viewpoints, skills, and experiences of fifty percent of the European population.

Additionally, OCEAN represents a vast number of businesses and individuals. If our objective is to modernise and adapt to the world in which we operate, and if that world is clearly moving toward diversification, then we must keep up. Otherwise, our surroundings will question our beliefs, culture, and intentions.

If you require further evidence, you need look no farther than the EU's position on women in leadership positions, which is part of their Gender Equality 2020-2025 agenda.

The European ship supply community must be a partner, not an impediment, on the path to a more ecologically sustainable maritime economy.

The third area of development is one that, in my opinion, would be of great assistance in the process of modernising the ship supply industry in Europe. This area of development is concerned with what we as an industry can accomplish by cooperating with one another in regard to the digitalization of our industry, as well as what OCEAN can do to expand its function and strengthen its message..

European ship suppliers, with OCEAN on the front lines, are constantly struggling with new regulations that are being imposed on our industry. In numerous instances, the solutions are not a source of income to the supplier, it is simply an obstacle we need to defeat to continue our work. Think of how much more effective we could be if we shared information and routines with each other on a much broader scale. We would, of course, need to include competition as a factor, making sure that the arrangement exists solely to solve a problem together and not generate advantages or disadvantages to any party.

The introduction of the Tobacco Track & Trace-system was perplexing for the ship supplier, as we did not really fit in to any category described by the regulation. When it was clear that we did, in fact, need to register our business interactions, some of us still didn’t truly grasp what data points should be used in the system itself. OCEAN’s Working Group did an impressive job in clarifying the situation, and it was eventually resolved, however, think of how much faster we would have identified discrepancies and solved practical issues if we simply had a platform to share real-life examples and explanations with each other in real time.

The regulation regarding Inventory of Hazardous Materials (IHM) just came into legal effect, but has been a hot topic for our customers for much longer than that. Even if the regulation targets the shipowners, our industry was still indirectly affected since another responsibility of declaration was introduced. Generally, this was nothing more than another administrative burden for us, something that we need to solve alongside our actual work of ship supply. What if we worked together in a much greater capacity here as well? What if we created a database with information such as templates of IHM-declarations regarding the most common products in our industry? If we had focused more on this problem one year ago and established a collective project, with a “Share data to access data”-basis, it would have been much easier for us to adapt to the IHM-regulation.

I would like to clarify that I don’t think OCEAN (or ISSA) has underperformed or done something wrong regarding these issues. Both organizations provided assistance, documentation, webinars and much more to help ship suppliers all over the world. My point is simply that a higher grade of efficiency could be achieved if we began to utilize the digital tools that are at our disposal.

Continuing on the subject of digitalization, I would also like to applaud the OCEAN Board for allowing OCEAN to have a presence in social media. It is undeniable that this phenomenon has become the loudest voice that organizations use to make themselves heard, not utilizing it is most likely a mistake.

There are many platforms, Facebook, Instagram, Snapchat, Twitter and so on. In my opinion, the correct forum for OCEAN would be LinkedIn, a social media platform designed for interaction between individuals and organizations alike.

It’s very common for companies, interest groups, authorities and other parties to manage a LinkedIn-profile and OCEAN, since last year, is one of them. We could address current issues, interact with other organizations, publish news and much more. In addition, I think it would be pretty easy for us to establish strong network that can be utilized in various ways.

In this post, I have attempted to identify and emphasise many factors that I believe OCEAN and European ship suppliers will need to focus on in the coming years, primarily to adapt to the world around us and better our industry's status. I ask you:  "What do we want to accomplish over the course of the next ten years. How can we bring our organisations successfully into the future?" I said that OCEAN needs a position on the climate change emergency and environmental efforts and sustainability. Other aspects that need to be investigated by OCEAN include the digitization of our sector and generational renewal.

I hope that some of the things I've stated about our shared future have resonated with you. I am excited about the debate with you in the following months and years.