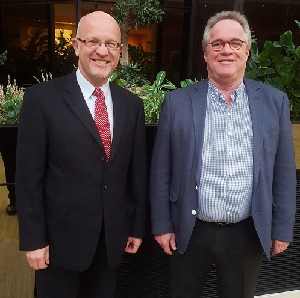 During the OCEAN Board meeting of 27.11.2015 which took place in Brussels, Belgium, OCEAN Vice Chair Dirk Cupido from the Nederlandse Vereniging Van Scheepsleveranciers (NVVS) was elected by fellow Board members as chairman for the coming two years 2016-2017.

He succeeds Alfredo Tosato who did not seek re-election as chairman.

Cupido said he appreciates the confidence fellow board members had in electing him chairman. "I look forward to the future," Cupido said. "I think it's time we get ready to implement the Union Customs Code and make sure ship supply is mentioned in the UCC guidelines, and that's what I was elected to do."

Board members John Davey from the British Association of Ship Suppliers (BASS) was elected vice chairman.