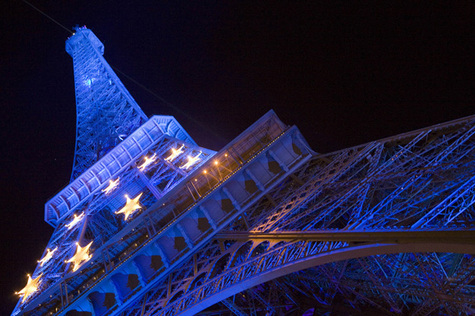 As European suppliers lobby together to broach affairs facing
the industry, the French ship supply sector has been taking matters
into its own hands in a topical discussion involving the attendance
of Secretary General of OCEAN, Jean-Luc Mériaux at the Syndicat
National des Approvisionneurs de Navires (SNAN) the French Ship
Supply Association’s, General Assembly.

OCEAN, the European Ship Suppliers Organization, a subsidiary
committee of ISSA, has recently been working even harder to
promote the voice of European ship suppliers in its representation of
over 750 ship chandlers as the business climate faces even tougher
issues surrounding legislation, customs and quality standards.
As European suppliers lobby together to broach affairs facing
the industry, the French ship supply sector has been taking matters
into its own hands in a topical discussion involving the attendance
of Secretary General of OCEAN, Jean-Luc Mériaux at the Syndicat
National des Approvisionneurs de Navires (SNAN) the French Ship
Supply Association’s, General Assembly. With the Association’s aim to update members on the future in customs and tax legislation and to point out the many policy areas which affect French ship supply, the meeting also saw Mr Mériaux explain to newer members why SNAN should work actively with
OCEAN. He underlined the organization’s role and purpose and why attendance of OCEAN board meetings is very important for the unity of the industry.
He also stressed the role of France in shaping EU Legislation, notably the importance of France in Brussels, how the lobbying scene looks in Brussels and how relevant France is in shaping customs policy. Addressing the question of how European legislation affects French ship supply companies, Mr Mériaux cited numerous examples of where current legislation impacts on suppliers, outlining how “French ship supply is concerned and affected at least by 14 out of 24 policy areas in which European legislation is formed.”

With OCEAN specialising in the three key areas of veterinary affairs (food Safety), taxation (excise) and customs affairs, the President emphasised how as the “founding father of the EU,” France plays an imperative role in the framework of the legislation and is the “driver of policy,” therefore through close collaboration with OCEAN, the ship supply industry has an even stronger voice for such issues.

He went on to explain future challenges under the EMCS (Excise Movement and Control System) and the Modernised Customs code and its impact on French ship supply. Highlighting the role of OCEAN in communicating the particularities of the ship supply trade to the EU and in articulating problems and questions from the membership to the EU decision makers, Mr Mériaux stressed how SNAN “should actively participate in OCEAN work, giving a French perspective and expertise” for its ship supply industry.

As SNAN members are dfirectly affected and influenced by EU law, OCEAN board meetings were outlined as “a vital opportunity to define our work vis-à-vis the European institutions,” and that in lobbying together, the organization provides a necessary platform for the future of the French ship supply sector in making its opinions heard, felt and acted upon.