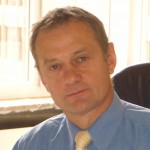 The European ship supply organization in 2016

Whatâs new at OCEAN - A report from the Secretary General

The year 2016 is an important year for OCEAN, as the European ship supply industry celebrates its 40th anniversary. It was on a Tuesday, 29th June 1976, that six ship supply national organizations from Common Market Countries (Belgium, Denmark, Germany, Italy, UK and the Netherlands) met for the very first time in Schiphol in the Netherlands. This was the foundation meeting of OCEAN, with the primary purpose to study a draft from the European Economic Community (E.E.C.) for the regulation for the supply of ships, trains and aero planes in international traffic...

Only a few months later, on 18th October 1976, OCEAN's presented itself to the President of the European Commission of the European Economic Community, Mr François-Xavier Ortoli, for the first time, informing that “ship suppliers in the E.E.C. have formed an organization” and that “the reason for the foundation is the necessity to represent the interests of ship suppliers in the E.E.C”. Mr Butler requested the EU Commission to formally recognize OCEAN as the official representative of E.E.C. ship suppliers.

Forty years later, OCEAN not only has expended its membership significantly, but is also a fully recognized force in the European Union, and sits at the negotiating table for all ship supply related matters. This will be recognized with a series of celebratory projects, events and activities to mark the occasion. As such, the 40th anniversary is marked with a birthday logo which is displayed in all communication from 1st January 2016 to 31st December 2016. The rudder symbolizes maritime trade & ship supply and the circle symbolizing teamwork amongst ship suppliers, with local, national and EU authorities. The globe illustrates the global nature and interdependency of our business. Finally, the text links ship supply to the 40th anniversary and the emphasis on “serving” illustrates that OCEAN’s mission is to work for the thriving EU industry.
On 1st January 2016, the OCEAN website was re-launched, now mobile-enabled, with a modern feel and professionally edited. With one click, readers can find all the information about our organization (OCEAN) and our business (European Ship Supply), updated to take account of the changes coming in 2016 under the Union Customs Code (UCC). There is also a clear overview of current members and membership information for new or future members. I am also very proud of the collaborative approach, where OCEAN members take turns writing interesting articles and providing content about their national industry and issues that matter to them. In 2016, the first ever official EU ship supply study will be released, specifically addressing the ship suppliers concerns regarding the lack of harmonization of ship supply in Europe and under the Union Customs Code (UCC). This 5000-word study, reviewed and approved by the UK’s Institute of Export and International Trade, will be an important contribution to enhance the understanding of our industry and I hope that EU decision makers and all wishing to know about ship supply make this a mandatory lecture.
In June, the same month that OCEAN had its first meeting 40 years ago, a celebratory event will be held in Central Brussels to say THANK YOU to everyone who paved the way and made OCEAN what it is today and to look towards the future.
An invitation will be extended to EU decision makers and Member States to come and visit a ship supply company to show what the ship suppliers are all about and experience a vibrant ship supply industry. This visit should be organized this year.
Along with my excellent team at the OCEAN Secretariat, I am very proud to serve the OCEAN members, now in its 11th year in the current composition and organization, and much looking forward to celebrating 40 years of serving the EU ship supply with our kind members, with representatives from EU authorities and our trade colleagues and partners from other organizations.
Jean Luc Meriaux
Secretary General OCEAN