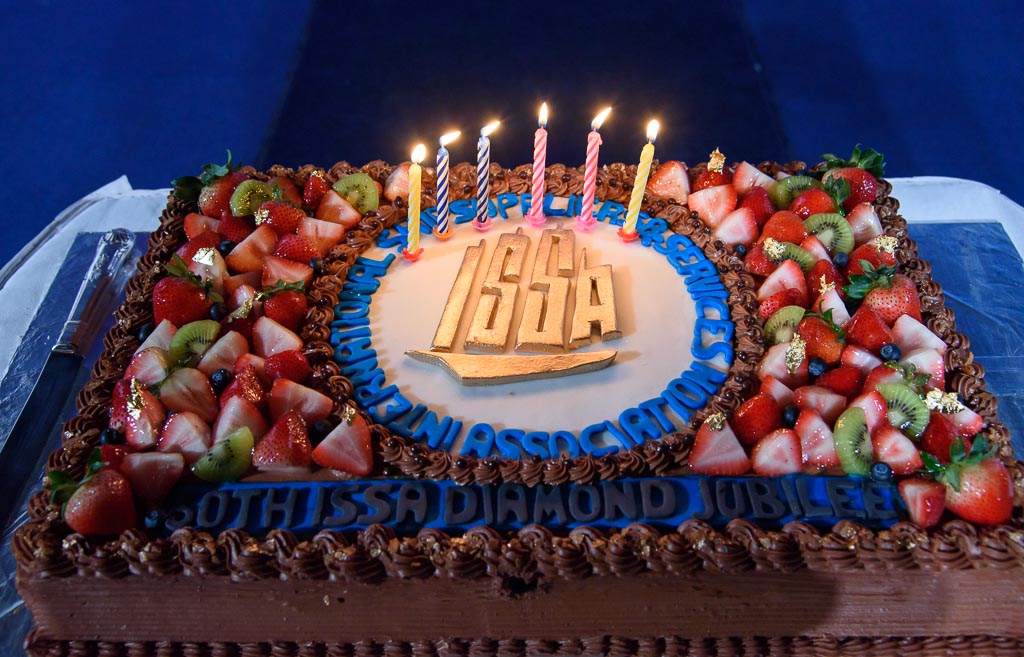 A strong delegation of OCEAN Board members travelled to Singapore for ISSA’s convention and 60th birthday celebration.

A strong delegation of European ship suppliers participated at the annual International Shipsuppliers & Services Association's (ISSA) Convention, which was staging its diamond jubilee edition in Asia maritime gateway- Singapore, in conjunction with the Singapore Maritime Week, from 24-26th April 2015.

Coinciding with Singapore celebration of its golden jubilee - 50th anniversary of Independence, the theme for 2015 was 'Heritage of Shipping: The Journey of Innovation & Productivity'.

“The event was impressive and we congratulate ISSA to its golden jubilee. We look forward in OCEAN to celebrate our own 40th anniversary next year” OCEAN Chairman Mr. Tosato commented. “Ship supply is a global business – and this event showed once again what appetite for ship supply the Asian countries have. Cooperation and teamwork are key” Jon Davey, Representative of the British Association of Ship Suppliers commented.

“European Ship Suppliers are facing strong competition at international level and have to compete with ship suppliers all over the world” Vice Chair Dirk Cupido commented. “The nature of the European Union means that trade barriers exist in the EU, outside customs procedures, which do not exist elsewhere. As a consequence, fierce global competition and a unique European business environment require all EU Member States to focus efforts on more trade facilitation, for European business and industry. A further increase in bureaucracy, administrative burden and other complications need to be avoided at all costs! Otherwise, a vessel might divert to non-EU ports and the ship supplying business will be done somewhere else” he concluded.