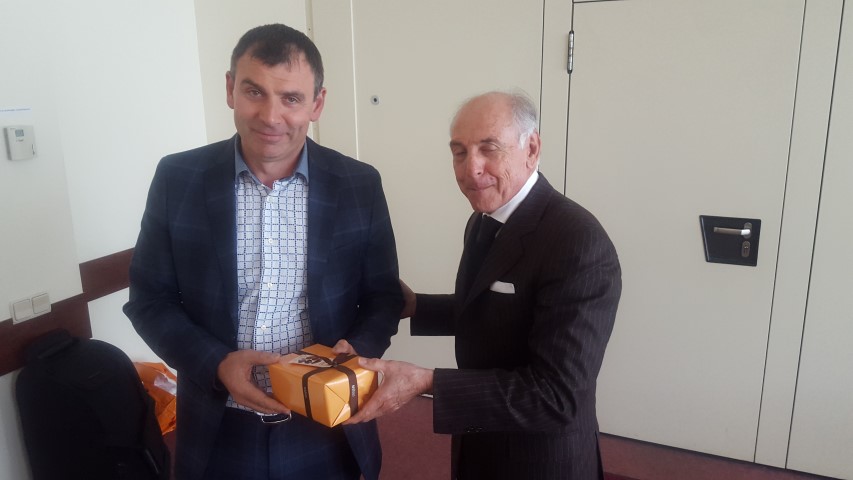 OCEAN Board and Customs & Taxation Working Group met in Latvia

OCEAN's Leadership met in the capital of Latvia during the Latvian Presidency of the EU on 29 May 2015.

On invitation of the Latvian Ship Suppliers Association and its President, Mr Butenko, for the first time, the OCEAN Board met in the Baltic States, the capital of Latvia, Riga on Friday, 29th May 2014. The OCEAN Board meeting as of particular importance since Latvia will holds the Presidency of the EU until 30.06.2015.  After the meeting, OCEAN Secretary General commented to the Latvian Ship supply organisation: “Allow me to extend OCEAN’s gratitude for the outstanding organization of the board meeting in Riga, as well as for the efforts to make these days memorable. It was a great opportunity to see and learn more about your city and its people and it opened a window for further social and cultural awareness”.

'The Latvian Presidency of the EU in 2015 was a great opportunity to discuss matter that impact the Baltic ship suppliers and Europe's ship supply industry as a whole. We are looking forward to being in Riga next year' OCEAN Chair Mr. Tosato said.


Chair of the Latvian Ship supply Organization Mr. Butenko added: "It was a great pleasure to welcome OCEAN to Riga in 2015. We organized a great programme of activities and meetings to bring our industry and the Baltic way of doing things to Europe. We are proud of the EU Presidency and the involvement in Europe. Welcome to Riga in 2015"

The OCEAN Board met on 29 May 2015 and the OCEAN Working Group on Customs and Taxation met on 28 May 2015. The next meetings will take place in Brussels in Autumn / Winter 2015.