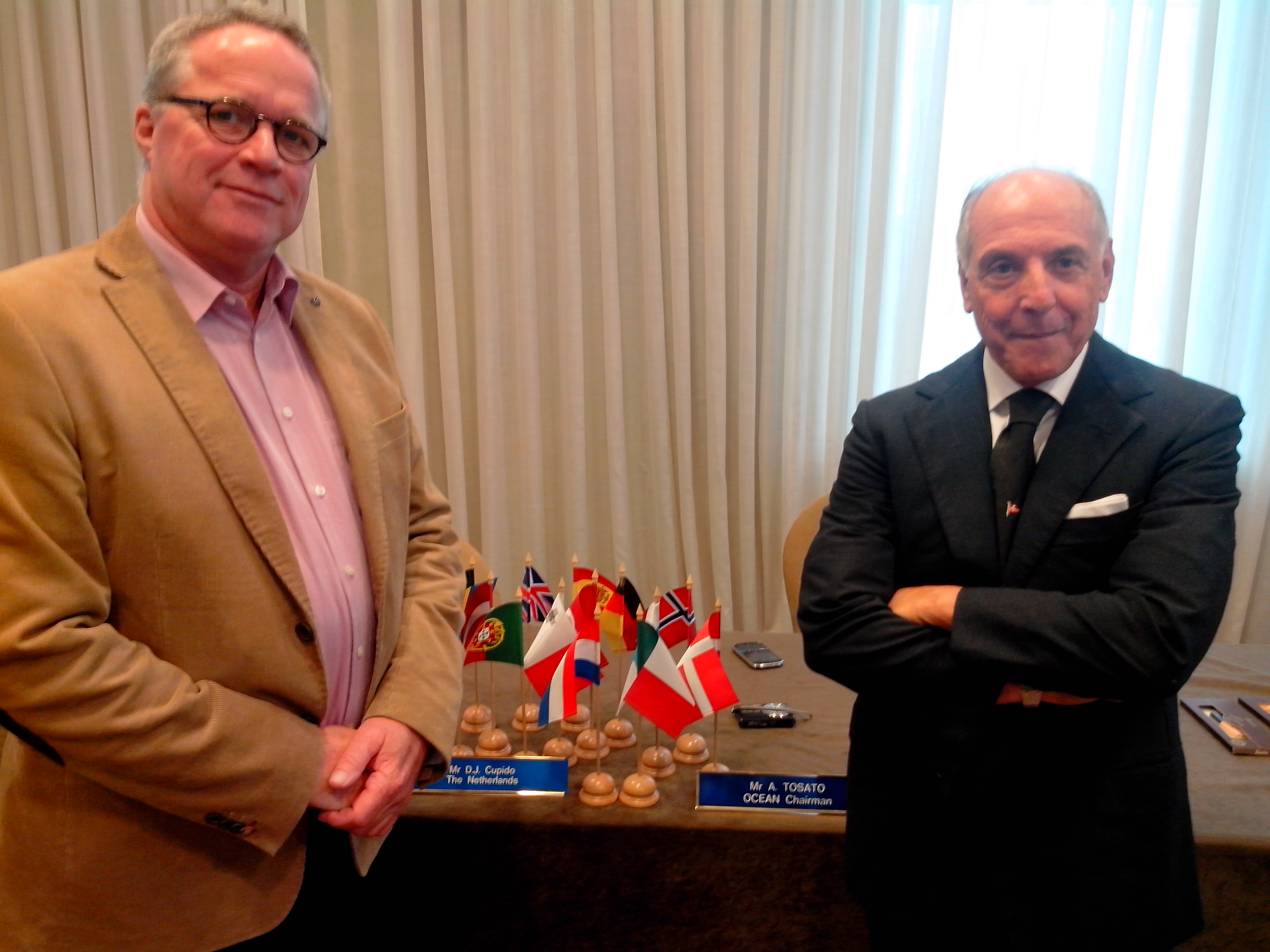 Alfredo Tosato and Dirk Cupido have been re-elected as Chairman and Vice-Chairman for OCEAN for 2013-2015.

"It is importat that decision makers in Europe understand that shipsupply is an export operation and that a vessel is to be considered a third country. Our task will be to make law-makers aware of this fact, in Brussels and accross the captitals" Mr. Toasto commented on the future focus of OCEAN. "Customs and Taxation as well as Veterinary Affairs remain a focal point of our work" Mr. Cupido commented. The OCEAN Board discussed the Union Customs Code and it relevance to shipsupply.