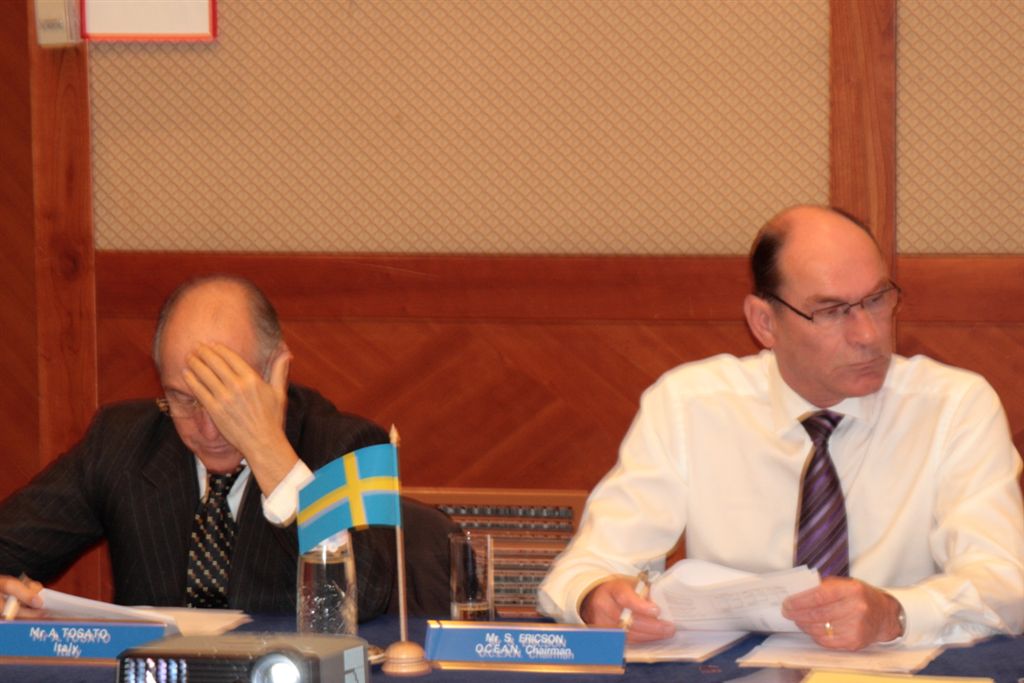 Outcomes of the OCEAN Board meeting

Results of the OCEAN Board meeting on November 6th 2009

The OCEAN Board unanimously elected Stefan Ericson and Alfredo Tosato as President and Vice-President for a 2nd term during the OCEAN Board meeting which took place in Belgium on Friday 6th November 2009. Mr. Matti Kokkala was also elected as the new treasurer of OCEAN.  OCEAN representatives from more than 15 European countries 3 countries from the new EU Member States, Lativa, Bulgaria and Poland took part in the meeting. For the first time, the Secretary General of the Norske Maritime Leverandører – the Norwegian Maritime Suppliers participated in the meeting. For the second time, TURSSA – the Turkey Ship Suppliers Association joined the OCEAN Board. Both associations acquired observer status at the meeting. OCEAN was rejoiced that the Cyprus Shipsuppliers Association has officially joined the organization. Finally, a very productive a fruitful discussion took place with representatives of the European Commission’s DG TAXUD on the latest customs policy developments for ship supply. Freshly re-elected President Ericson commented: “ The message coming from this Board meeting is clear: OCEAN is an effective lobbying organization, the representation body for European Ship supply and a trusted discussion partner for European institutions and governments. After this meeting we can clearly say that we cooperate with Ship Supply Associations in Candidate countries for EU membership and involve them in our work”.