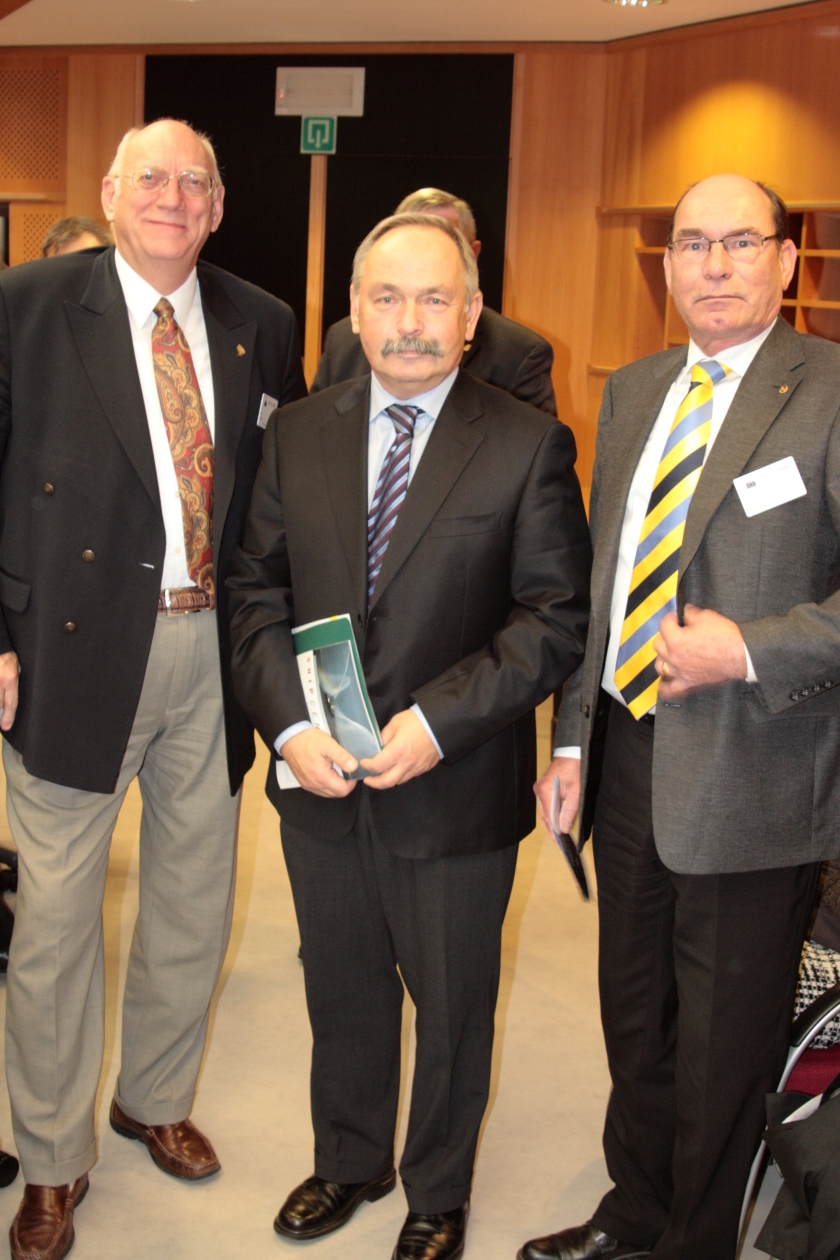 OCEAN debate the future of Ship Supply at European Parliament

European Ship Suppliers from more than 15 EU countries met in the European Parliament with key decision makers to discuss the future of the Ship Supply Industry under the Modernized Customs Code.

During a one hour debate hosted by the MEP Graham Watson, discussion focused on customs practices and security issues, particularly the Modernised Customs Code and the recognition of ship supply as an operation similar to export.  During the meeting,  OCEAN presented its new logo. Stafan Ericson commented: " Our organisation stands as a guarantee for Europe that modern maritime trade remains possible in the future. The new OCEAN logo symbolises this through the golden European stars and its close connection with the rudder”. As regards the new OCEAN webpage, he stated: “With this new logo and webpage we are underpinning our commitment to pro-active cooperation with you and transparency about our business”.

Jens Olsen commented on the requirements for the future modern EU Customs Policy – from the viewpoint of a Ship Supplier: “To put it bluntly, I would like to have ONE CLEAR and SIMPLE customs & taxation procedure for Ship Supply” he said. As regards the Modernised Customs Code of the EU, he said that it is “fundamental to understand that the key difference between goods delivered for the purpose of Ship Supply and traditional cargo in containers is that ship stores are being used and consumed exclusively on board of the vessel during its voyage. As such, neither will they be destined for import into another country nor will they be able to leave the vessel. ISSA and OCEAN therefore believe that goods designated as Ship Supply should be considered to have left the EU once they have been loaded onboard of a vessel which is bound for another country”

“Over 750 companies employing a quarter of a million people are involved in supplying ships" MEP Watson said "It is important that their voice is heard by policy makers."