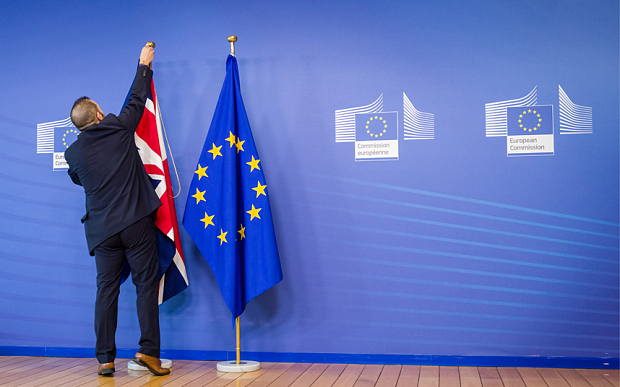 An interview with the OCEAN Chair Cupido

On 23rd June 2016, the British public voted in favour of a Brexit, or exit, from the European Union (EU). Of the British electorate, 17.4 million (51.9%) casted their votes in favour of Brexit compared to 16.1 million (48.1%) in favour of continued membership with an overall turnout of 72.2%, which is higher than most expected. So what does this mean for the future of the UK and European ship supply?

We carried out an interview with OCEAN Chairman Mr. Dirk Cupido shortly after the results came in.

QUESTION: Chairman Cupido, what is your reaction to the Brexit vote?

Chairman Cupido: The challenges the ship supply industry in Europe is confronted with, can be best faced together (like many, if not all, other challenges arising on either side of the English Channel). Given the tremendous contribution that our British members, the British Association of Ship Suppliers, have made to OCEAN and the European ship supply industry, we would have preferred a different outcome of the referendum in the UK. For example, on the guidance of ship supply under the UCC, the support of BASS was, and continues to be, very important. We are proud to call them members of OCEAN. Nevertheless, we have to respect the outcome of the democratic process in the UK, meaning that we have to learn to live with this new reality.
QUESTION: What is the impact of BREXIT for the European ship supply industry?

Chairman Cupido: The European ship supply industry is a strong and vibrant sector of maritime trade. Change is part of our daily professional life; we manage it effectively, efficiently and with the necessary calm. This is how we can meet the requirements of our customers 24/7, all year long and deliver outstanding service at any time. BREXIT is surely an important event; however, it is important to stress that the orderly exit procedure foreseen in the EU Treaty will mean that there is NO IMMEDIATE IMPACT for EU or UK ship suppliers and their customers.
QUESTION: Can you elaborate why you believe that there is no immediate impact for the EU ship supply?

Chairman Cupido: With pleasure, just look at the expected formal process and timetable of leaving the EU. Now that the vote is in, I would expect the UK government to soon trigger Article 50 of the Treaty on the European Union by notifying the European Council of their intentions to break away. This creates a two-year window where the EU and its Member States will be required to negotiate a withdrawal agreement. However, it is to be expected that during these negotiations the UK will follow EU laws, being formally still a member of the EU. This gives all parties involved time to prepare for the separation. With this in mind, it is likely that for the duration of this process nothing will change. But, should changes occur, we have to deal with them, and we will!

QUESTION: What is the impact of BREXIT on the EU ship supply after the UK exited from the EU?

Chairman Cupido: At this stage, that is very difficult to say. Obviously it depends on the outcome of the exit negotiations. If no exit agreement can be reached between the UK and the EU, the EU Treaty foresees an automatic exit of the UK. At this stage, it is impossible to say anything about the way the cooperation between the UK and the EU will be set up. What I do know is that we will remain neighbours, having close relations in many senses of the word. Ships will obviously keep on calling UK and EU ports, needing provisions, stores and logistical services, also cross Channel. I am convinced that, in whatever way the relation between the UK and the Continent is defined, the ship supply industry on both sides of the North Sea will cope with it and will be able to adapt wherever needed.
QUESTION: How do you work with ship suppliers’ organisations which are not situated in EU Member States?

Chairman Cupido: OCEAN is the European Ship Suppliers’ Organisation and our core activity focuses around working with the EU institutions in Brussels. Having said this, we are proud to have full and associated national ship supply associations as members, from inside and outside the EU. As such, for example, we proudly work with TURSSA, the Turkish Ship Suppliers’ Association and the Norske Maritime Leverandører. They enrich our work and jointly we can learn from each other to make European ship suppliers stronger.
QUESTION: What will be the role of the European Ship Suppliers’ Organisation as regards BREXT?

Chairman Cupido: OCEAN employs customs, tax and veterinary specialists in our Brussels office and we monitor EU regulations and news in our policy areas on a daily basis. Until the UK officially has left the EU, OCEAN will track any changes concerning the exit process and resulting changes to the trade, veterinary, taxation and customs laws and notify our members accordingly. We also look forward to discussing with our members in the UK as regards the next steps.