Who we are
Print
OCEAN – the European Ship Suppliers Organization - is the voice of the ship supply industry of Europe. Founded in 1976 under the French Title “Organisation de la Communauté Européenne des Avitailleurs de Navires”, today OCEAN concentrates its work on achieving an optimum business climate for European ship suppliers and on strengthening the competitiveness of the industry as a whole.

Our organization plays an important role in creating better understanding of the ship supply industry in Europe. Our organization is committed to transparent and open communication and inclusive dialogue between our members and European policy makers.
SPEECH: What is OCEAN? by OCEAN Chairman Stefan Ericson (2007-2011)

Our market - our industry
Today we represent over 750 ship chandlers (more than 250,000 jobs) who supply a wide range of goods to several hundred thousand ships annually in most of the 1,200 merchant ports throughout the 70,000 km of the European coastline. Ship suppliers provide a 24-hour service throughout the year and are an essential element of modern maritime trade and a vibrant shipping industry.

WG - Victualling  & Veterinary Affairs
The OCEAN Veterinary Affairs Working Group was founded in 1992, as a response to the provisions of the EU Council Directive 90/675 of 10 December 1990, which were regarded as detrimental to free international trade and in particular to the ship supply industry.
Issues dealt with:
The word « victualling » means “to provide with food” or “to lay in food supplies”. It also refers to “food supplies and provisions” and therefore is one of the core activities of modern ship suppliers. For more information, please contact the Chairman of the Working Group at veterinary[at]shipsupply.eu

WG - Customs & Taxation
The Working Group on Customs & Taxation follows the discussions concerning the Union Cusotms Code as well as the e-customs implementation carefully. The group meets regularly to discuss issues of concern from a ship supply perspective and to interact with the European Commission and the European Parliament. For more information, please contact the Chairman of the Working Group at customs[at]shipsupply.eu

The OCEAN Secretariat
The organization has two secretariats: in London, the office for administration and running of the organization, and in Brussels, our European affairs and advocacy office! The Administrative Secretary can be contacted by e-mailing secretaria[at]shipsupply.eu  and the Secretary General in Brusselscan be contacted at info[at]shipsupply.eu.

Our international dimension: ISSA
OCEAN is also a committee of ISSA – the International Shipsuppliers & Services Association  – recognizing the global nature of our trade.presenting nearly 2,000 ship suppliers throughout the world. The Association was formed in 1955 and celebrated its 60th anniversary in 2015. The webpage of ISSA is www.shipsupply.org.


OCEAN Board
The OCEAN Board is represented by the Chairman of OCEAN. To contact him, please write to info[at]shipsupply.eu. 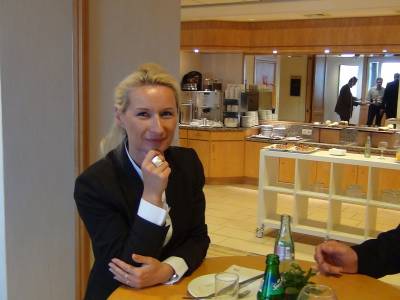