ISSA Convention in Athens
Athens, Greece - The President of Hellenic Ship suppliers & Exporters Association Mr. Nikolaos Mavrikos proposed, supported and eventually succeeded in persuading ISSA, which represents 2,000 ship suppliers worldwide, that Greece, Athens and Piraeus, which will host the 62nd International Convention & Conference, highlight the  history and future prospects of Ship Suppliers in general, while at the same time to provide an opportunity for a more comprehensive visit (from a tourist and culture perspective) for foreign participants. The acceptance of the Greek side's proposal by ISSA confirms that ship supplies are a relationship business been indissolubly linked to Greece and the Mediterranean seas for 5,000 years.


This International Convention & Conference attempts to signal the exit from the economic crisis, particularly by exploiting its prospects as a shipping and transit trade center. At the same time, it contributes decisively to the promotion of Greece, Athens and Piraeus as business, tourist and conference destinations, of unparalleled cultural value, high quality hospitality services and undoubted climatic advantages.
Athens offers a variety of things to see and do, and most of the times, under favorable weather conditions.
Athens is considered one of Europe's safest capitals; its transportation network is user-friendly; there are numerous museums and archeological sites.
Located at the crossroads of three continents, the capital of Greece has often been the hub of many cultures. Characterized by a culture and people that are welcoming and hospitable, every visitor just feels at home.
Athens city is an ideal congress destination, combining state-of-the-art infrastructure, excellent conference facilities and easy access from all over the world with world-class cultural attractions, modern amenities, diverse entertainment and natural beauty.
Hellenic Ship suppliers & Exporters Association, without any financial burden on its members, decides to participate in the Exhibition with its own stand and redact Greek Ship Supplies Directory - both in printed and digital form, which will be distributed free of charge to visitors and participants during the Exhibition.
Our purpose is, through the Association,  the activities and capabilities of the Greek Ship Suppliers to be presented and known to their  foreign colleagues and the shipping companies (both internally and abroad).
This directory, in addition to the other datas, will include the full details of our active Members (name, address, phone number) as been presented on our website http://www.ship-suppliers.gr/members.asp?pid=9, fax, e-mail, activity), the certifications received by each member, their logos, as well as an indication with the ISSA logo only for our members been registered and for 2017 in I.S.S.A catalogue.
The Board of Directors of Hellenic Ship suppliers & Exporters Association invites all those who want to invest in extroversion by attending the Exhibition and participate actively by taking advantage of the opportunities for promotion and business networking.
We hope you will enjoy the meeting and we are looking forward to welcoming you in Athens and make the 62ndI.S.S.A convention a memorable experience. 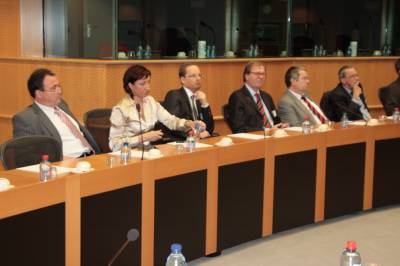