Archiv
01.01.2017, 15:26 Uhr | Dirk Cupido
OVERVIEW | PRINT
Thank you for a great 40th anniversary - Preparations for headwind in 2017
A look back and a look forward from the OCEAN Chair
The Chair of OCEAN reflects on a successful 40th anniversary  of OCEAN in 2016 and the challenges that lie ahead with a European Union under pressure.
Rotterdam, The Netherlands - The turn of the year is, as always, a moment to look back and ahead. We have left a turbulent year to enter 2017, which will be challenging in many senses of the word. A number of elections ahead, economy slowly picking up, though shipping will not be in its prime, a new president on the west side of the Atlantic and “Europe” looking for new directions. Interesting and challenging times ahead!

OCEAN can look back on a successful year, celebrating its 40th anniversary in an appropriate setting in the heart of Brussels, contributing to the finalization of the UCC and reflecting and reacting on the state of affairs in Europe, in general, and shipping and ship supply, in particular.

2017 will, in many ways, be an interesting year for the world, for Europe and, consequently, for OCEAN. The directions of Europe, resulting, inter alia, from the mentioned elections, will, no doubt, have an impact on the topics dealt with in OCEAN. Interesting times ahead, where our creativity will be called for.

We are looking forward to a next year of close cooperation in harmony and friendship for the benefit of the European ship supply.

But, first and foremost: I wish the EU shipsupply industry, the staff of the European Instituions and the EU as a whole a healthy and prosperous 2017, in every sense of the word ! 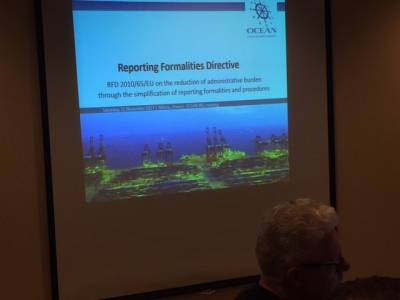