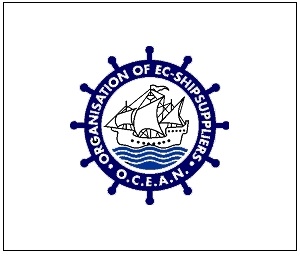 From the vision of a small group of ship suppliers who met sixty years ago in the City of Copenhagen, the first roots of ISSA were firmly planted and from this OCEAN eventually emerged as a committee in 1976.

The key reason for the formation of OCEAN was to monitor the new European Common Market and its institutions’ effect on our industry. On 17th July 1975, the European Economic Community (EEC) published the first draft “Regulation on the customs procedure for the supply of ships, aeroplanes and trains in the international traffic”, which aimed at setting harmonised rules for ship supply in the Common Market of the EEC. At the same time, the European Commission had made it clear that official contacts would only be made with associations from European Community (EC) countries. This point alone made it justifiable to form an organization inside the International Ship Suppliers Association (ISSA) and it was decided to name the committee O.C.E.A.N., from the French “Organisation de la Communite Europeonne des Avitailleurs des Navires”. A few years later, in 1983, the first logo was added.

So, with OCEAN in the picture, what happened with the EC ship supply regulation of 1975?

A key figure in OCEAN’s illustrious past was the first and longest serving OCEAN Chairman, Olaf Boldreel of Denmark (he served for 13 years), a close and dear friend of mine. The late and influential Roger van Uffel of Belgium and second OCEAN Chair, Georges Garguilo, of France, supported him. This group formed a strong OCEAN Board alongside with representatives of four other Member States of the EC (Italy, West Germany, The Netherlands and The United Kingdom). After much debate between the EC and OCEAN, the infamous ship supply draft legislation was eventually axed in the late ‘70s. It was this experience of debating with the European Institutions which developed our most fundamental principle of "mare liberto" (means duty-free supplies for seagoing ships). It was and continues to be the main objective of OCEAN, to protect the economic interests of the European ship supply industry within the EEC, later known as the European Union.

Another challenge handled by OCEAN was the problem with the so-called "Butterfahrten". Citizens of Western-Germany were able to buy up to 5 kg of duty-free butter onboard vessels, sailing just outside the coastal territorial waters. In December 1976, the EC stopped the delivery of taxfree EC-butter to the passengers, which opened the sales of transit butter from non-EC-countries. The EC-authorities, thereafter, decided to terminate all deliveries of transit butter. OCEAN discussed and corresponded with the EEC in Brussels, claiming that their interference with transit-sales or international trade in general would have negative consequences for our industry. The EC-authorities, therefore, decided to withdraw the propositions and to prepare new regulations, which limited sales of certain food quantities “duty/tax-free” to passengers on seagoing ships. The end of “duty/tax-free” sales had commenced.

Throughout late ‘70s and ‘80s, some of the challenges OCEAN worked on with the European Institutions included:

As the workload and interaction with the EU officials increased, it became apparent to the OCEAN Board that many officials were preparing rules and regulations without the sufficient knowledge of the ship supplying business. OCEAN consequently prepared a memorandum to explain the functions, the practice and the importance of ship supplying for international shipping in the ECC/EU. This useful guide was the first step towards our unique web presence and the creation of www.shipsupply.eu, on which I am fortunate enough to post this article today.

Under the leadership of OCEAN’s second Chair, Mr Georges Garguilo, France, OCEAN ended the swinging ‘80s and found itself in a period of enhanced European Integration.

One of the unwelcomed consequences of harmonised rules, the abolition of fiscal borders and customs formalities, was a drive of the European Commission to abolish VAT-free ship supplies in the late ‘80s/ early ‘90s, an idea which OCEAN resisted vigorously. Traditionally, ship supply has been considered equal to exports, because ship supplies are not being re-imported into the EU. Ship supplies were consumed onboard and no VAT was charged. If VAT were to be charged, this would drive business away from the EU and would implement a massive administrative nightmare, not only for European ship suppliers, but for authorities alike.

Ship suppliers in surrounding non-EU countries would benefit because the vessels would place their orders outside the EU to avoid paying this tax. Consequently, this would leave the EU ship suppliers at a competitive disadvantage. As a further administration problem, the VAT level has never been harmonized in the EU resulting in an internal unfair competition within the Member States.

Repeatedly, these arguments were exchanged between OCEAN members and their national and ECC authorities. The culmination of this campaign was the organization of a trip to the World export gathering in Seville in November 1991. OCEAN invited the responsible national authorities and the EEC when they were once again informed about the indirect tax particularities of the ship supply business.

At the start of 1992, the EC’s Committee on Commerce and Distribution (CCD), stated in its Annual Report that it “believes that the European ship suppliers’ business will be negatively affected by the provision of the proposal [the plans of the European Commission to levy VAT on ship supplies] and proposed the Commission to maintain the present status and treat ship supplies as an export also after 1992”. This was, once again, a supportive decision by the ECC authorities. This good and effective co-operation between the European lawmakers has continued ever since and this is something OCEAN can be very proud of.

In 1992, a further significant event took place, which created a unique grouping of countries into a single entity for customs purposes. Council Regulation (EEC) No 2913/92 of 12 October 1992 established the Community Customs Code and merged 12 independent countries’ customs regulations into a single Customs Union as of 1st January 1993. In 1993, the EU Single Market was completed with the 'four freedoms of: movement of goods, services, people and money. These EU milestones shaped the EU’s and OCEAN joint history, changing the way ship supply is declared to the authorities until this very day.

As seen, from this period until the present, the 'roots' of OCEAN have been nourished by and have grown due to the determined effort of many dedicated persons who firmly believe OCEAN to be important to our industry. I salute these individuals for their devoted endeavors.

The first 20 years were crucial to set the foundations and sense of purpose to develop OCEAN into not only an EU Trade Association, but also a forum resembling a small European Union. There is one substantial dissimilarity in this comparison, that being the harmonious manner in which our members relate to one another. This has made each of us acutely aware, as citizens of this European Union, of the numerous common problems and desires we all share. 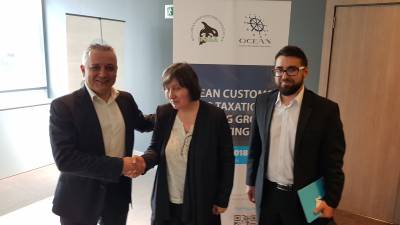