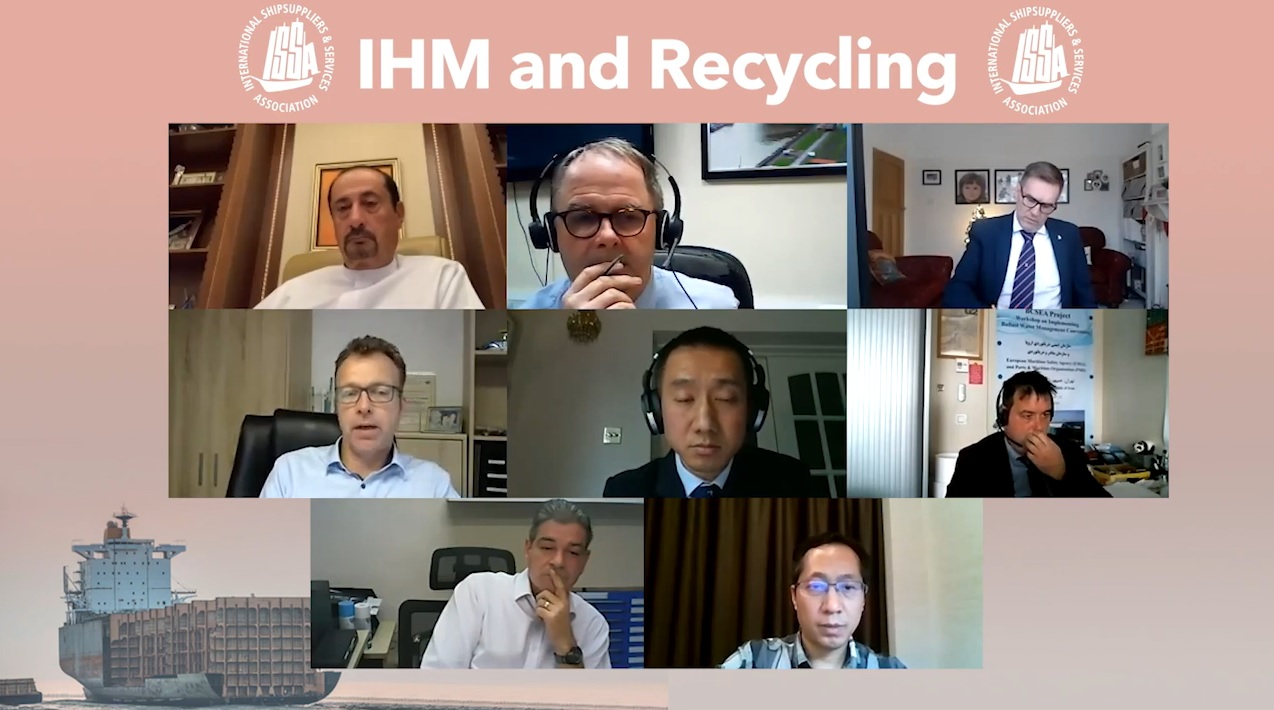 ISSA, the International Ship Suppliers Association, had been receiving  queries and concerns from our ship supplier members relating to their responsibilities under EU Ship Recycling Regulations (SRR), which to some extent at least incorporates elements of the MEPC 69. Important to talk the issues through. ISSA helt an intersting webinar.